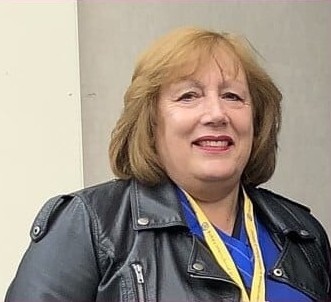 Other councillors representing this Ward:

More information about this councillor

Brenda is married to fellow Town Councillor Pete and has one son and two stepsons, plus a dog who rules the household completely!

Born and educated in Cornwall, Brenda started her working life at a local estate agent in Liskeard, moving on from there to being one of the first female insurance agents in the country.

Next was a move to Nationwide and then on to a property developer, progressing to the role of Area Manager. When the company was taken over, Brenda decided to take redundancy and go into business with husband Pete and they now run their own company which is based in Saltash.

For many years Brenda was a member of Saltash and District Ladies Circle, rising to the position of Area Chairman for Cornwall and the Isles of Scilly. Brenda joined Saltash Rotary Club a few years ago, becoming their President in 2016-17 and was recognised by the Club for her work within the charity in 2018 by being created a Paul Harris Fellow, an accolade that reflects hard work and achievement within the Rotary organisation worldwide.

Having seen husband Pete join Saltash Town Council and enjoying his involvement in local matters, Brenda decided to stand as an Independent candidate in 2018 when a vacancy arose, being elected unopposed and she has gone on to become a member of several committees including being Chair of the Personnel committee, a role which Brenda says she enjoys immensely.

As a Town Councillor for Saltash North ward, Brenda really likes being involved in the local community and helping residents when assistance is especially needed.

Brenda can easily be contacted via the Town Council website.