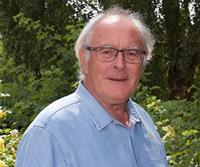 Other councillors representing this Ward:

More information about this councillor

Brian and his wife, Maxine, have been associated with Saltash since 1977 when their family moved from Berkshire to a derelict property at North Pill.  Brian’s grandparents originated from Cornwall, and both Brian and Maxine were born and raised in Plymouth, with family in Tavistock and Bere Alston.

They moved away from the South West to teach after their marriage but returned to set up home and raise their family here in Saltash.  Their three children attended Longstone Primary School.

Brian soon joined the Saltash Chamber of Commerce and, in 1981, Saltash Rotary.

Despite moving into Plymouth (to be nearer aging relatives) Brian retained his ties with Saltash through lifelong friends and his membership of Saltash Rotary; and Saltash has always been a huge part of his social, fundraising and volunteering life – supporting May Fayre, Regatta, Real Ale Festival, St Barnabas, Waterside Clean Up to name a few.

Moving back to ‘the right side of the water’ in 2018, Brian continued to promote the natural beauty of the Tamar valley and Saltash as the gateway to Cornwall during national and international travel.

Today, Brian is a Trustee for both Abbeyfield ‘Cresta’ (a supported living facility here in Saltash) and Saltash Scrapstore.  Both opportunities bring him into contact with individuals and organisations across Saltash and its surrounding communities.

As a Councillor for Trematon & Landrake ward, Brian will strive to ensure that local residents have pride in their town, supporting its development and individuality.  He believes that Town Councillors have a key role in ensuring that Saltash continues to thrive in an ever-changing and modernising world, and feels privileged to represent a ward in his own home town.

In his spare time, Brian enjoys many hobbies including gardening, DIY projects and model railways.  With Maxine, he also enjoys travelling and spending time with family and friends.